Almwaya is a project by Maya Aghniadis and Wael Sami Elkholy, two composers with their own musical languages. Maya Aghniadis is a music producer and multi-instrumentalist from Lebanon who currently resides in Greece. As Flugen, she performed at many venues in Lebanon and Europe and has released several albums, blending downtempo electronic beats and soulful melodies. Wael Sami Elkholy grew up in a musical family, born in Dubai among the sand and the smell of the sea, and raised in Cairo, where he established himself as a well-known singer and actor in the Arab cultural scene at a very young age. After moving to Switzerland, Wael Sami Elkholy released two albums with music on the border between the Orient and the Occident.

Maya and Wael met each other for the first time in Switzerland in 2020 and immediately connected on various musical and spiritual levels. When Wael visited Maya in Greece, eight unique songs were created within a week: “Oriental and Western, deserts and mountains, old and new: we were free to capture the point of no time and no place”.

Listen to Riding a Camel in the Middle of the Sea

Almwaya's album in the media

“This duo merges the world in one smooth sweep through their unique and diverse artistic direction making a distant world feel less vast.”

Read the article and interview

“Mystic, inspired and full of love, Riding a Camel in the Middle of the Sea takes listeners around the world, exploring the collective ringing in the air that seems to get closer to the answers to our existence.”

Read the article and interview

“8 pieces that stitch together the Sahara, the Nile, the Lebanese Cedars, and the Swiss Alps in a delicate but exquisitely crafted tapestry of ouds, synths, and soundscapes ”

Riding a Camel in the Middle of the Sea

The 8-track album entitled “Riding a Camel in the Middle of the Sea'' tells a story that travels through the warm and sweet waters of the Nile, feeds off the Cedars’ infinite energy and reflects the glory of the Alps and the truth of the Mediterranean Sea.

Almwaya is a musical project that takes you to a world music universe by walking through a tunnel of electronic beats, synthesizers and experimental sounds. And as singular as Almwaya’s music are the nostalgic lyrics, sung in a fantasy language that only makes sense through the colors of their tones, and vocal frequencies that balance the feminine and the masculine.

Riding a Camel in the Middle of the Sea was released on May 27, 2022 on the Italian music label Garden of J. 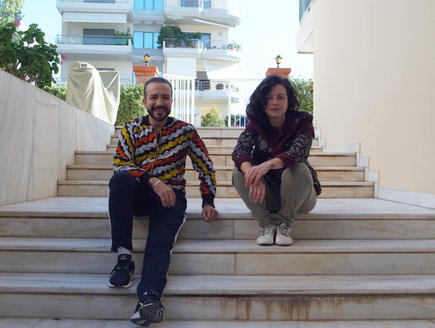 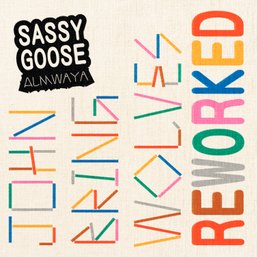 Almwaya is thrilled to share this work with you all and celebrate the end of 2022:

Reworked and released by Almwaya as “Wahed واحد”

You, who hear my words

The origin is one

The beginning and end are one

You and I are one

It's one absolute consciousness that connects all. Pure energy flows and shapes our one soul, the soul of life.

Is Artificial Intelligence actually intelligent? Can we trust them?

We started training an AI to generate a video clip based on the lyrics of the song Wahed (Sassy Goose, reworked) by Almwaya. Starting ​​by giving "him/her" the soul, we thought the song lyrics were the perfect archetype of a soul.

You will see the story that the AI ​​wanted to tell us.

Could we compare it with our feelings about the song?

Project by Mullet Management and The Garden of J

With the support of 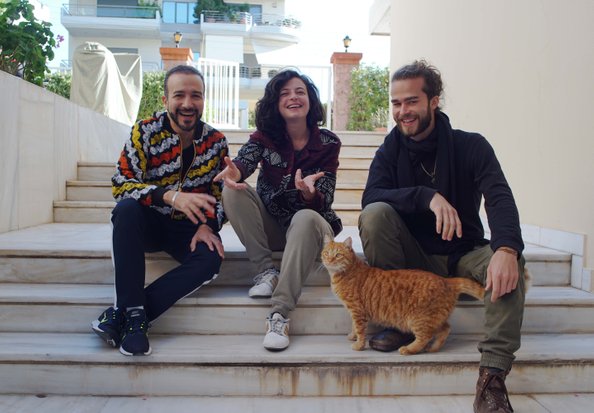 Wael Sami Elkholy is a composer, singer, oud player and performer. His work varies from oriental through pop to experimental music. Creating music with free improvisation and exploring sound is his way to communicate and connect; Music has no borders...

Maya Aghniadis is a music producer and multi–instrumentalist from Lebanon. With her musical project Flugen, she creates her own blend of ethnic beats and soulful melodies, mixing it with the splendor of classical soundtracks and ambient sound effects...

Florian Bolliger is a musician, bassist and teacher based in Zürich He first picked up a bass at the age of eleven. As an electric and double bass player, he is well-versed in a broad range of styles and is active in a variety of different groups...